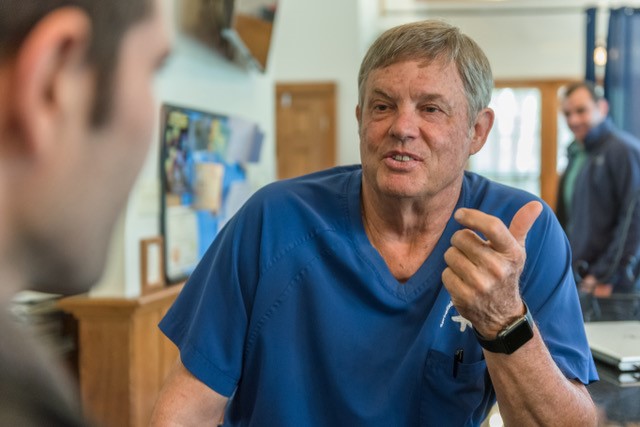 In his 40-year career as a practicing physician specializing in psychiatry, Dr. Mestayer has helped countless men and women overcome chemical dependencies, traumatic stress, depression, anxiety, panic, and affective personality disorders. For 27 years, he directed the behavioral medicine and stress treatment units at Ochsner Foundation Hospital, taught courses in psychosomatic medicine and personality disorders to residents accepted into Ochsner’s Psychiatric Residency program, where he was named “Teacher of the Year” in 1996. Other awards include “Best Doctor in New Orleans” by New Orleans magazine and the Ochsner Department of Psychiatry’s “Outstanding and Dedicated Service Award” in 2005.

Since his retirement in 2005, Dr. Mestayer has focused his efforts on addiction recovery, serving as Executive Medical Director of Springfield Wellness Center. Since 2008, Springfield Wellness Center, a non-residential mental health clinic, is where he co-founded and pioneered the proprietary formula of NAD (nicotinamide adenine dinucleotide) called BR+/ NAD. This formula is used for the treatment of addiction, chronic and post-traumatic stress, depression, anxiety, neurodegenerative diseases, aging, and disorders reflective of mitochondrial dysfunction.

Dr. Mestayer is considered the leading authority in the USA on intravenous NAD infusions. Over the course of the past decade treating over a thousand patients, Dr. Mestayer developed the BR+/ NAD treatment protocols used by physicians worldwide. In 2014, he founded BR+ MD Consultants, serving as the director and primary instructor of training for the use and implementation of intravenous NAD protocols and therapy

Dr. Mestayer earned his MD at Louisiana State University Medical Center in 1974 and completed an internship in medicine at Alton Ochsner Medical Foundation, New Orleans, LA, in 1975, where he was named medical “Intern of the Year.” He completed his residency in psychiatry at the University of Virginia Department of Psychiatry in Charlottesville in 1978, where he was co-Chief Resident of Psychiatry at University of Virginia Medical School.

Dr. Mestayer is Board Certified in Psychiatry and Neurology.

Can NAD+ Slow The Aging Process?

"NAD+, a molecule found in every cell of the body, is essential for life. It enables the conversion of the food we eat into the energy and chemical products the body needs. Researchers have recently found that NAD+ is also required as a substrate by enzymes that regulate the expression of genes involved in cell viability and in repair of damaged DNA. Given the role NAD+ plays in such a wide range of critical functions, it is easy to understand why it might have a profound effect on health and aging."

Authentic compassion is paramount, and along with truth and integrity, is the hallmark of treatment success. Our motto is, no guilt, no shame, and no judgment.

We hope you join us.